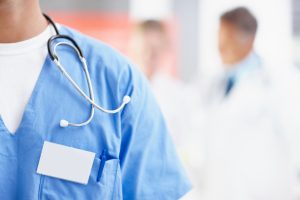 Lip and mouth cancer, also called oral cancer, can occur in the lips, the lining of the lips and cheeks, the front two thirds of the tongue, the gums, the small area behind the wisdom teeth, the bony roof of the mouth, and the floor of the mouth under the tongue or the back of the mouth.

People typically first notice a problem because of sores on the lip or mouth that don’t heal, lumps or thickening on the lips or gums, white and/or red patches or bleeding, pain or numbness of the lip or mouth. There are also a number of other symptoms associated with this type of cancer. Remember that the symptoms you experience might also be caused by other medical conditions so it’s important for you to consult a physician to confirm a diagnosis.

Oral cancer typically spreads first by entering the lymphatic vessels in the area where the cancer is growing. From there, the cancer cells travel to the lymph nodes in the neck where they may continue to spread through the lymphatic vessels or blood vessels to distant sites in the body such as the lung or spine. When that happens, the cancer continues to grow in the new location as oral cancer rather than turning into a cancer of the lung or spine.

The most common tumor to develop in the lips and mouth is called squamous cell carcinoma. This type of tumor develops in the flat cells that line the moist surfaces of the mouth, nose and throat.

It’s normal for you to wonder how you got oral cancer. Although we still don’t have all the answers, we do know that there are risk factors associated with people developing this cancer, especially sun exposure, alcohol, smoking, being over 50, being male, diet, and ongoing infection of the oral cavity by HPV, the human papilloma virus. Remember that there is no single cause for developing this type of cancer. 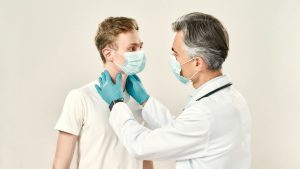 You may need to undergo a number of tests for the screening and diagnosis, which will help your team to assess the stage, or severity of the cancer. Your head and neck specialist will first perform a physical examination to look for signs and symptoms of cancer, and then may order one or more of the most commonly used tests such biopsy, endoscopy, and x-rays.

For oral cancer, the guiding principle is to choose a treatment approach that will lead to the best outcome in terms of preserving speech, swallowing and facial appearance.

For small lip and mouth cancers that have not spread to the neck lymph nodes, the frontline treatment is surgery. In such cases, surgery effectively removes small tumors without causing significant problems with chewing, swallowing and speaking. Radiation is generally not used to treat small lip and mouth tumors because it causes undesirable side effects such as loss of taste and dry mouth. These side effects are particularly an issue when radiation is given to the tongue.

When lip and mouth tumors are large or when multiple lymph nodes are also involved, the addition of radiation and/or chemotherapy after surgery ensures the complete removal of the tumor and helps to prevent its further spread. There are many surgical techniques available for reconstructing the lip and mouth area and these help to restore the changes in appearance that may result from the extensive surgery to the affected area. For the most advanced cases of lip and mouth cancer where surgery would be too debilitating, chemotherapy and/or radiation are used as the sole treatment.

If lip and mouth cancer returns, patients are offered a therapy other than the primary treatment they received.  For example, if patients had surgery initially, then they may be offered radiation and/or chemotherapy, or surgery combined with radiation and/or chemotherapy. Patients may also be interested in participating in clinical trials that are investigating new approaches for treating recurrent lip and mouth cancer.

[accordion_father][accordion_son title=”Early and Late Stages of Lip and Mouth Cancer”]The surgical approaches to treating lip and mouth cancer depend on the whether the cancer is at an early or late stage of development.

In the early stages, where tumors are less than 4 cm and do not extend deeply into the tongue, they can be reached through the mouth and removed by surgical excision or oral laser.

Larger tumors that occur during later stages have to be removed by radical surgery. For example, in the case of a large tumor in the tongue that cannot be removed through the mouth due to lack of room, the surgeon will need to make an incision in the face at the middle of the chin, and split the lip and jaw to reach the tumor. In such cases, the incision usually heals without much in the way of scarring. To make the surgery easier and to help patients to breath, the surgeon will insert a tracheostomy tube that can be removed 4-5 days after the operation. Reconstructive surgery will also be necessary to rebuild the jaw and surrounding tissues.

Patients with late stage oral cancer may also require neck dissection surgery where the lymph nodes close to the cancer are removed during surgery and then assessed by a pathologist. In cases where multiple lymph nodes test positive or where the cancer is growing along nearby nerves, patients are treated with radiation and/or chemotherapy after surgery.[/accordion_son][accordion_son title=”Surgical Complications of Lip and Mouth Cancer”]The complications that may arise from lip and mouth cancer treatment include:

[/accordion_son][accordion_son title=”Preparing for Your Surgery”]Prior to surgery, all patients will have an appointment at the Pre-admission clinic located at the Toronto General Hospital. You must bring all the information about recent medical tests, as well as the names and phone numbers of physicians you have seen in the past. A pre-admission nurse will perform the admission, assessment and blood work, usually 2-3 weeks before the surgery. A clinical nurse coordinator will supervise the preadmission appointment, explain the information about your surgery, introduce you to the staff and take you on a tour of the surgical inpatient unit if you request it. The pre-admission clinic is responsible for providing all tests, assessments and educational information to patients and family members before the scheduled surgery.

On the morning of your surgery, you must arrive at the hospital 2 hours before the scheduled surgery time. The preadmission nurse and nursing staff will prepare you for surgery, and insert an intravenous (IV) needle that will allow fluids, antibiotics and pain medications to be injected into your blood during the surgery.[/accordion_son][/accordion_father]

Follow-up care for oral cancer is critical and you will need to see a doctor on a regular basis. You may also need ongoing therapy for speaking and swallowing problems.